The Risks of Vaping for Teens 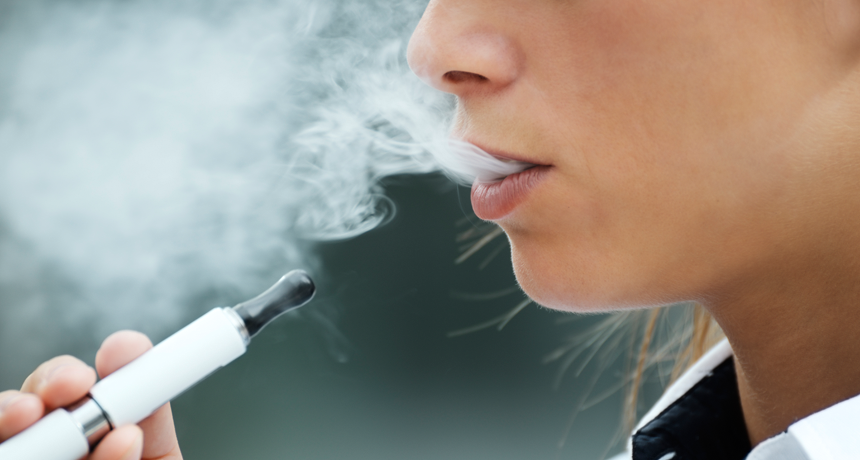 Although teen smoking rates have declined substantially in the last 4 decades, there is a new alarming trend — Vaping.

According to a newly released study by the University of California San Francisco, teens who start vaping are more likely to end up smoking. Researchers say any exposure to tobacco makes a teenager more likely to get hooked on conventional cigarettes. The study looked at more than 10,000 youth, ages 12 to 17 who were non smokers at the onset of the research.

A year into this study, 4.6% of the youths had smoked cigarettes. Those who had tried a non cigarette alternative, were more than twice as likely to have smoked a cigarette, than those who had not tried e-cigarettes or other smokeless tobacco products.

So how do you keep your teen from lighting up or trying a smokeless tobacco product?

The Mayo Clinic offers these tips:

Understand the attraction: Teen smoking can be a form of rebellion or a way to fit in with a particular group of friends.

Say no to teen smoking: Parents should consider a zero tolerance policy.

Appeal to your teen’s vanity: Show your child how smoking can impact their looks.

Teens are often unfamiliar with the “gateway” nature of vaping. The more we can educate them, the more likely we can, as parents, keep them smoke free.